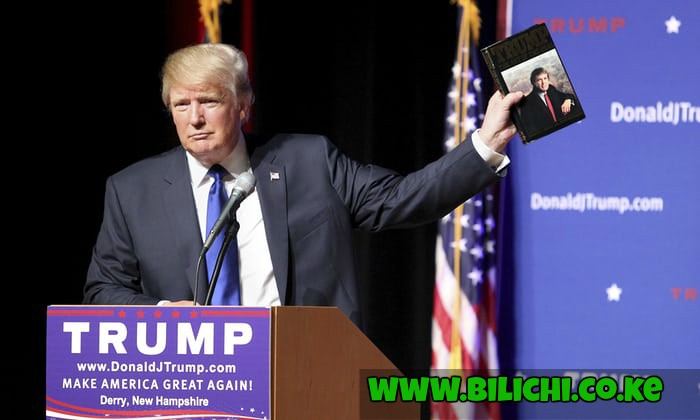 Lessons from the book TRUMP: The Art of the Deal by Donald J. Trump with Tony Schwartz

Donald Trump is the President of the United States of America. Before becoming president, he was one of the most successful people in real estate. He started with a vision that no else had and rose to own some of the best real estate projects in New York.

Donald Trump has written a number of books on business deals, becoming rich and entrepreneurship based on his own experiences. These books are an eye opener to anyone who wants to start a successful money generating business.

The “Art of The Deal” is one of the best books in the history of business deals. It takes the reader through a week in Donald Trump’s life, both personal and entrepreneurial.

From this book, there are stories of business deals that made him great fortunes, some that burned his fingers and lessons earn from each deal.

Below are the top ten lessons learned from this amazing book. Pick the ones that work for you and implement them in your next opportunity or deal.

You have to Think Big

Trump advises his readers to think big. He says that to him when starting a company, he wanted to make a statement other than being satisfied to just earn a living.

“I like thinking big. I always have. To me it’s very simple: if you are going to be thinking anyway, you might as well think big”. – TRUMP: The Art of the Deal

When doing business, you should believe in both positive and negative thinking. Both sides will help you in making necessary decisions.

“I always go into business anticipating the worst. If you plan for the worst – if you can live with the worst-the good will always take care of itself”. – TRUMP: The Art of the Deal

You should maximize your options

When he got an option to buy Pen Central Railyards, his original proposal was building middle-income housing. The government was unable to fund his plans so he opted to promote the real estate as a convention center.

“For starters, I keep a lot of balls in the air, because most deals fall out, no matter how promising they seem at first. I addition, once I have made a deal, I always come up with at least a half-dozen approaches to making it work, because anything can happen, even to the best-laid plans”. – TRUMP: The Art of the Deal

Trump advises readers to know their markets and sites great examples like Sylvester Stallion who played Rambo and Rocky. When looking to develop a site, Trump would engage people living in the area to know all the details about the market in the area.

“I’m not talking about the sort of a person who inherited money 175 years ago and lives on 84th Street and Park Avenue. I’m talking about the wealthy Italian with the beautiful wife and the Red Ferrari. Those people-the audiences I was after – came to Trump Tower in Droves”. – Donald Trump

Don’t be desperate to make a deal – Use your Leverage

You should never go into a deal looking or sounding desperate. This will give the other party a big advantage over you. Always use leverage. Have strength or something the other party wants badly and only you can offer it.

“The worst thing you can possibly do in a deal seems desperate to make it. That makes the other guy smell blood, and then you are dead”. – TRUMP: The Art of the Deal

A location for a good real estate does not matter that much. What matters most is that you get a good deal and get the best out of the site. The latter can be through psychological selling and smart promotion

“Location also has to do with fashion. You can take a mediocre location and turn it into something incredibly better just by attracting the right people”. – TRUMP: The Art of the Deal

Get the word out

One thing that you need to do to succeed is to generate interest by getting the word out.  Be straight in what you are offering and shout it to the world. This will get you good publicity and if that doesn’t happen, you will get negative publicity which is better than none.

“You can have the most wonderful product in the world, but if people don’t know about it, it’s not going to be worth much”. – TRUMP: The Art of the Deal

Always live up to your promise – Deliver the goods

“You can con people, at least not for long. You can create excitement, you can do wonderful promotion and get all kinds of press, and you can throw in a little hyperbole. But if you don’t deliver goods, people will eventually catch on”. – Donald Trump

Learn to contain the costs

Trump advises readers to always spend no more than you should. To be very cost-conscious even on the little items and never throw money around no matter what.

“I learned from my father that every penny counts because before too long, your pennies turn into dollars”. – TRUMP: The Art of the Deal

In every deal, you make, Have Fun

When running a business or making a deal, the real excitement according to Donald Trump and people like Warren Buffet the real excitement comes from playing the game. So when doing whatever it is you set out to do, don’t worry so much or get too motivated by money. Always have fun in the process.

“I don’t kid myself. Life is very fragile, and success doesn’t change it. If anything, success only makes it more fragile. Anything can change without warning, and that’s why I try not to take what has happened too seriously”. – Donald Trump

Is this book one you would want to read? You can get the limited edition the following link. – TRUMP: The Art of the Deal. The book is sold on first come basis!

Fight Back and Fight Hard!

“Much as it pays to emphasize with the positive, there are times when the only choice is a confrontation. In most cases, I’m very easy to get along with. I’m very good to people who are good to me. But when people treat me badly or unfairly or try to take advantage of me, my general attitude, all my life, has been to fight back very hard”. – TRUMP: The Art of the Deal